This is What Makes the Introverted Leader So Successful 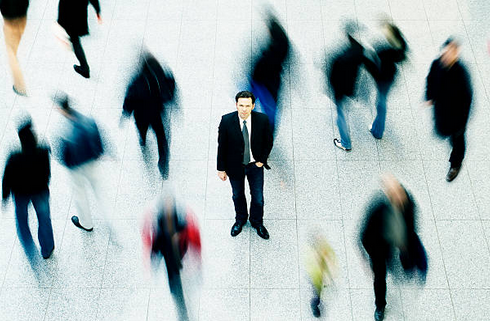 Leadership is a practice that often involves constant stimulation, socializing and communicating, all at a fast pace. It sounds like the last profession an introvert would want to pursue or would be successful in. But I have coached some exceptional introverted leaders to leverage the supposed weaknesses of their introversion into leadership strengths.

The process of taking the traits you consider a weakness and repurposing them as strengths is a not an easy one, but it can create formidable leadership. Here are some of the ways that leaders leverage introversion:

The quieter they are, the more they hear. Because most leaders are extroverts, they tend to do a lot of talking. But introverted leaders are great listeners, with a strong ability to concentrate and block out distractions. They’re able to listen between the words and dig deep into what people really mean when they speak—especially those who may not be comfortable speaking honestly. Listening is the core skill of communication, and introvert leaders create strong bonds through their ability to listen.

The more restrained they are, the smarter they appear to be. Have you ever noticed that in meetings it’s rarely the loudest or most talkative person in the room who makes the most sense? It’s the quiet ones, the ones who show restraint, who come off as the most intelligent. Leaders who can monitor and control themselves are most effective leaders. Power lies in restraint.

The more reflective they become, the deeper their thinking. Extroverted leaders often process information by speaking their thoughts out loud, but an introvert takes time to process information before they speak. They don’t jump to conclusions and they have the advantage of being more responsive than reactive. When you can slow down your thinking, your responses become deeper and your ideas more effective.

The louder things get, the more silent they become. Silence is awkward for many of us, but introverted leaders are comfortable being silent no matter what’s going on around them. They don’t need to participate in every activity or fill silence with noise—they’re content to quietly observe. When they do speak, the volume may be low but the value is likely to be high.

The more dominant others are, the more subdued they become. People often think leadership is about being assertive and dominant and authoritative, but that approach usually alienates people, It is the subdued, humble leaders that people most admire. Introverts have a natural tendency to draw people to them and tend to engage in more meaningful relationships compared to extroverts. An introvert doesn’t try to overshadow others, so they naturally elicit trust when developing relationships and creating connections.

Extroverts may be chosen more often for leadership roles, but that doesn’t mean that introverts don’t make great leaders.

Lead from within: In a world where outgoing social people are seen as more confident and capable, it’s the ones able to identify their people’s needs and plan more carefully who will make better, stronger and ultimately more influential leaders.