How to Immediately Spot a Bad Leader 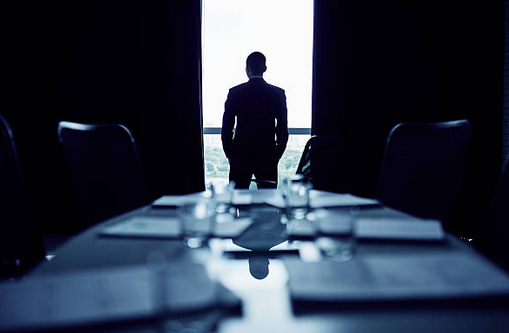 Most organizations have at least a few bad leaders. Maybe they weren’t prepared to take on a leadership role, or they’re temperamentally unsuited to leadership, Maybe they had bad models to emulate. Or maybe they just don’t care.

Whatever the cause, you don’t have to look too deep or too far to spot them, because there are traits that almost all bad leaders display on a daily basis. If a leader in your organization exhibits any of these traits, be on alert. Bad leadership doesn’t just affect people who are directly on that person’s team; it carries over and eventually can poison an entire organization.

The egotistical leader. If you’ve ever been around a self-centered leader, you already know how skilled they are at making everything about themselves. A leader who doesn’t understand the concept of putting the mission and the team above themselves will never gain the confidence, loyalty and trust of those they lead.

The leader who relies on fear. Many leaders actually pride themselves on leading by creating a culture of fear. They believe that fear will get people to listen to them as a leader—but fear is a sign of weakness, not strength. And the price for being feared is that you’re not respected.

The leader who avoids conflict. Conflict happens in the workplace all the time, and when a leader avoids conflict in hopes that it will disappear on its own, they are making a mistake. A good leader approaches conflict with an open mind and a proactive plan, so people understand there is a solution. Conflict avoidance only breeds more conflict.

The know-it-all leader. The best leaders are keenly aware of how much they don’t know. They have no need to be the smartest person in the room, but they do have a determination to learn from others. A leader who isn’t curious, who doesn’t ask lots of questions, isn’t actually leading.

The leader who isn’t trustworthy. When a leader says one thing and does another, they are not only not accountable but they come across as irresponsible. Real leaders expect to be held to their word.

The leader who steals the credit. It takes a team to do great things. When a leader takes sole credit for an accomplishment, it disempowers others to work as hard. The best leaders empower and motivate their team with recognition and appreciation.

The leader who doesn’t listen. Leaders know a lot and they want to communicate what they know—but if they don’t listen at least as much as they speak, they won’t learn from those they lead. Being a bad listener means being a bad leader.

The leader who thinks they’re always right. An organization where the leader is always right—and everyone who has a different perspective is always wrong—doesn’t leave any room for communication, discussion or sharing thoughts or ideas. All it accomplishes is shutting down productivity and effectiveness.

The micromanaging leader. A micromanager feels they have to do everything themselves, or control they manner and timing of every team member’s work, to make sure it’s done their way. When they do, they discredit their people’s talents and capabilities.

The negative leader. When you have a leader who always focuses on the negative, just moving forward can be extremely difficult. Negativity creates a culture of pessimism and gloom that makes achievement seem impossible.

If any of your leaders display these traits, it’s important to develop a strategy for dealing with them. If you’re working under them, ask yourself if they’re impairing your ability to do your job and possibly harming your career and reputation, and consider asking for a move away from their area—or even leaving for a different organization. If you’re above them in leadership, you’ll need to weigh whether you want to give them a chance to develop better habits, taking into account what’s best for your company, your people, and the success of your brand.

Lead from within: Not everyone in leadership understands what it takes to lead. Most bad leaders believe their way is the right way, and the best strategy is usually to distance yourself as much as possible.