How to Deal with an Unprofessional Leader 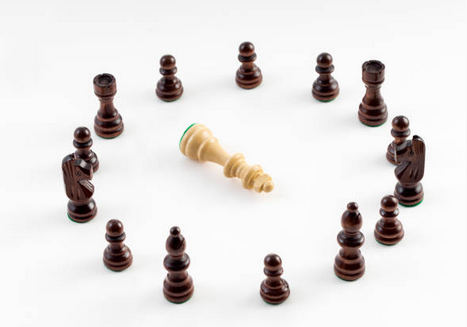 Every workplace has at least one expectation in common: that employees at every level treat one another with respect and behave in a manner that reflects positively on the company. Leaders in particular are expected to set a good example, so it can be especially distressing when a leader behaves unprofessionally, engaging in harassment, bigotry or discrimination. Whether it’s a peer or your boss, there are things you can do to protect yourself from a leader who is unprofessional.

A great deal depends on the setting in which you’re working. If you’re in a large enough organization, HR may have policies on dealing with harassment and other forms of misbehavior, and you should talk with them as a first step. In a smaller company, things may be more open-ended. The best response also depends on the specific behavior in light of professional standards—and even, in some cases, the law. But here are some general principles you can follow if you find yourself confronted with bad behavior on the part of a leader.

Have a teachable moment. If you’re comfortable doing so and it’s appropriate to the situation, explain to the person that what they’re saying or doing is offensive and inappropriate, and why. Occasionally people honestly aren’t aware. And in any event it’s an opportunity to communicate expectations clearly.

Draw the line. Respectfully but firmly, let the person know unconditionally what you will and will not tolerate. Be crystal clear in your communication.

Document everything. Document all unprofessional behavior, including the date and time and any witnesses. Also take notes of every meeting and conversation. They’ll give you added credibility if needed.

Ask around. Quietly talk with other people in your workplace to find out whether any of them have experienced something similar. There’s strength in numbers.

Enlist support. These situations can lead to long, drawn-out conflicts, so have plenty of emotional support lined up from friends and family.

Lead from within: An unprofessional leader damages relationships, businesses and reputations, and tarnishes the trust of those they lead.